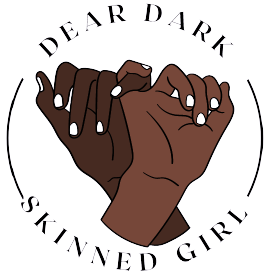 thoughts from one black girl to another

A people hold among them culture, tradition and a particular way of life. Different countries hold different national values. When your parents originated and discovered themselves in a world quite different from the one you are discovering yourself in, disagreements about how to navigate the world are bound to arise. I cannot retell a story about not fitting fully into two different worlds, because that is not my experience. I’d say I’ve had the privilege of knowing two countries so well I can call them both home. This knowledge allows me to criticize and accept parts of each I’ve experienced, and form my own unique cultural identity.

Within cultures themselves, different generations break and curate new traditions to change what was previously deemed unchangeable. My parents, and many of yours, have probably broken traditions and gained new aspects to their cultural identity that the previous generation didn’t have. In that sense, they understand the changes that come with time- although to a somewhat limited extent.

There is only so much influence the ideals, traditions, and way of life of parents will be received by their children. As people come to age, their thoughts are not restricted solely to what their parents teach; everywhere they exist and everyone they meet will influence who they are. Since the people and places you meet in a new country are not directly going to spread the same ideals you are taught at home, it poses a different standard for parenthood that immigrant parents are unfamiliar with.

Challenging and criticizing parts of my culture and its beliefs is sometimes taken as an attack on the character of its people, including my parents. And very well, your beliefs do reflect your character. But most times criticizing tradition takes into account the fact that our parents are members of a system that has long not been challenged. Their character, just like ours, is a product of their environment. I’ve come to understand that even if I disagree with some parts of their way of life, some ideals become too intertwined with our being to change. It can be frustrating to see them live out with beliefs that fundamentally contradict your understanding of the world. But disagreements on how to live your life forces one to see with more sympathy and understanding.

There is an embrace of sensuality and sexuality with my generation and in New York that isn’t quite the same in Mali. And while I was frustrated with that for some time, I’ve come to understand that I wasn’t looking at a full picture. As it turns out, femininity and sensuality are embraced in Mali. Within my parents’ generation, there was a spread of women’s empowerment that had never been seen before. Women were more expressive through their clothing choices. My parents broke traditions and created a new culture for their ideals to exist in, one that their parents didn’t quite understand or agree with. I’ve believed and accepted my generation’s notions of sex-positivity and sexuality in a way that is quite detached from the beliefs of previous generations, too. And that’s in some part because of the cultural difference we were exposed to, but also just as a nature of changing times before changing minds. Change happens within regions at different speeds.

Yet, when it comes to conversations about self-love, boundaries, and healthy relationships, it’s beyond frustrating to see the types of actions that are deemed acceptable within my culture. The mental abuse that is endured, especially by married women, is sometimes astounding. I think a lot of women aren’t given the chance to fully explore and love themselves despite being expected to pour all their energy into their husbands or children. Especially when it comes to societal pressures of marriage, there can be a huge stigma around divorce for older generations. A lot of women refuse to choose their peace for the sake of their children, or even because of fear of what others might say. As someone who is trying to love themselves and establish healthy relationships and boundaries, this is a frustrating reality to witness.

A criticism of my, or any, culture is not a rejection or diminishment of its value. It is simply a questioning of ideals, of why things are the way they are. I am especially hesitant about how I receive some parts of my culture given a Western educational background. I reflect on points that may stem from a type of superiority. But there are some fundamental aspects like homophobia or sexism prevalent in the functions of my culture society that I will never accept. I have set as my truth, and fundamental truth, that it is inhumane to treat anyone less than because of their sex or sexuality. These hateful beliefs are invasions that have settled some of the ways of my culture that I gladly choose to reject. And they make me grateful for being a part of another world that has challenged only looking at people for an aspect of their identity.

I’ve also come to better understand that beyond some trivial differences about how to navigate the world, the pressure of success as a first-generation child and student stems from the lack of opportunities my parents had. In many cases, it stems from a position of good intention, just faulty execution. Parents fail to fully understand their pressure added to the personal pressure on school and life. And even when they do attempt to understand it, their attempts sometimes aren’t enough.

A change in environment can sometimes completely change someone’s cultural identity as a young child, though it is less likely to occur in adulthood. So for kids who move from one country to settle in a new one, they will adopt and be influenced by the culture to a greater degree than their parents.

That’s not to say that parents aren’t also influenced by new environments. As previously acknowledged, a lot of immigrant parents do have to bend the traditional roles of parenthood. My parents are keener on apologizing and listening. They are more open to honest conversation and to being vulnerable. They are open to learn and change and become better parents.

Yet, it is to say that I look at the world through a different lens than anyone, but also a significantly different one to my parents. And that doesn’t make one of us right, or better navigators of the world. Rather, we are just navigating two different worlds differently. My exposure to more ideals and standards is because of my exposure to a new world. As I am finding myself, I take the agency to question. I must question before I fully embrace.

For me, being a first-generation child has not been about shame or disappointment in some ways my parents or other family members have chosen to live their life. It’s just allowed me to to explore and challenge what’s always been in front of me. Being introduced to a new culture on top of my own has given me a chance to pick and choose what I hold as my truths.

Dear Dark Skinned Girl began as a project to uplift darker-skinned Black women, and provide a space for connection, education, and entertainment. We’re here to speak out on issues such as colorism, hair discrimination, media representation, and more.