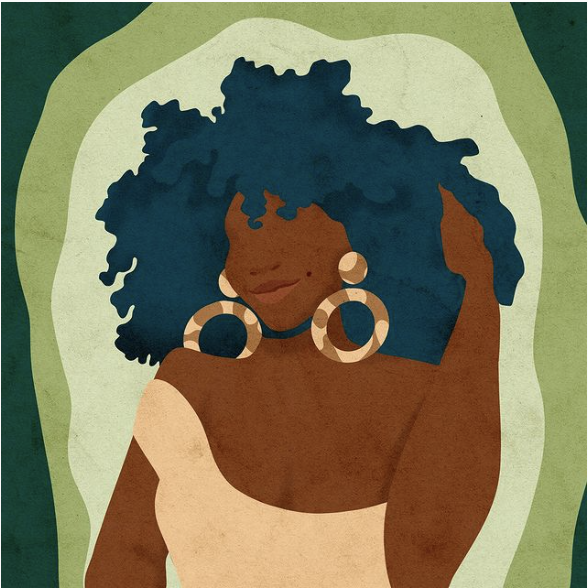 When Black girls grow up watching television shows where only tall, skinny, white girls are front and center, it tells them they are insignificant and dull, which cannot be further from the truth. This idea is further reinforced by stereotypical characters such as the sassy best friend and the angry Black woman. So not only does this enable prejudiced behavior, but it tells Black girls their contribution to white people is the only thing that makes them valuable. In fact, the phenomenon of feeling unimportant based on how your identity is presented in the media has a word. It is called “symbolic annihilation” and it impacts millions of impressionable young black girls.

Fortunately, the “cookie-cutter Black woman” had a brief hiatus during the 1990s. Television networks began heavily investing in sitcoms with Black leads such as The Fresh Prince of Bel-Air, A Different World, Moesha, and Girlfriends. Finally, mainstream media portrayed more authentic depictions of Black lives and experiences outside of their white counterparts. I saw the characters I strived to be in early adolescence, like the popular and fashionable student, Moesha Mitchell, or the successful 20-something business woman like Joan Clayton.

These beloved shows became significant influences in the entertainment industry because they proved to the white culture that Black women are not a monolith. Their sole purpose is not to be the comedic relief or the tool that advances the plot; they deserve to portray multidimensional personalities and inspire younger generations of Black girls to go after what makes them happiest.

Unfortunately, this “peak” in the entertainment industry did not last very long. Disney Channel, a widely popular television channel, birthed some of the most monumental teenage characters over the last thirty years than any other studio company in history. But only a small percentage of these female characters were Black, and even less were of darker skin tones. It was not until the late 2000s that dark-skin Black women were seen again as main characters in shows directed towards children. There was True Jackson, VP, and Ant-Farm, both of whom included Black main characters who were intellectual and successful. But this was not nearly enough, and both those shows were canceled.

Colorism is defined as “prejudice or discrimination against individuals with a dark skin tone, typically among people of the same ethnic or racial group” (oxford languages). This practice suggests that people of a lighter complexion (and European associated body structures) will receive preferential treatment over their darker counterparts.

Colorism is prevalent within all races. It is also why when we think of Latina and Asian actresses, we typically visualize whiter-presenting women like Jennifer Lopez or Lucy Liu, rather than darker women such as Afro-Latinas or South Asians.

I remember growing up watching That’s So Raven and The Proud Family and having the privilege of seeing main characters that looked and acted like me. They were of lighter skin, academically intelligent, and navigating school with the help of their family and a close group of friends. While it is easy to believe, “of course, this is what Black representation is supposed to look like,” these shows lacked socio-economic diversity and were extremely colorist.

When we think of Black actresses, the average person can name dozens of light-skinned Black women but less than a handful of dark-skinned women. This is not to say light-skin and biracial Black women are not Black women, but they unfairly represent the overwhelming majority of Black actresses cast in today’s movies and television shows. For example, I challenged myself to name the first black actresses that came to mind, three over 30 and three under 30. For the older adults, I named off Viola Davis, Lupita Nyong’o, and Gabrielle Union. The younger actresses were Zendaya, Amandla Stenberg, and Yara Shahidi.

In my opinion, tv networks have forgotten the endless variations of colors and shades that exist in the Black community in their efforts to diversify in age, gender, and ability. Although these younger women are incredibly talented, they are much lighter and “socially acceptable” in hair texture, weight, and facial structure than the generations of Black actresses that came before them.

Colorism is only getting worse because the film industry has created a false archetype of the Black woman. Instead of casting Black women in their authentic forms, production companies choose women with characteristics they believe their white audience members will find most attractive.

As a result, light-skin and biracial actresses dominate the entertainment industry while their darker counterparts are left out.

It is unfair to call this a “win” for all Black women because monoracial Black people and biracial/ambiguous Black people do not hold the same privileges.

While many of these actresses “choose” to identify with their Black identity for jobs and castings, monoracial Black people do not get that same choice. They are Black everywhere and every day, and with that comes an entirely different set of experiences. The ability to look at someone and question their ethnicity is a privilege that unambiguous Black people do not have. So when they are not cast the same as their lighter counterparts, their stories are not told, and a majority of Black people get underrepresented.

As a society, we must address the systemic privileges within colorist institutions instead of allowing dark-skin erasure to persist in mainstream media. Mainstream media may never stop excluding us, but we do not belong only in the “Black Lives Matter” section of Netflix and Hulu.

If we ever want to see Black women in the roles that truly represent who we are, we have to start creating those opportunities for ourselves. Non-traditional media sources like Dear Dark Skinned Girl exist so that we can control the narrative. By supporting smaller production groups and publications like such, we build inclusive spaces and fight against the industry that continues to tell Black women they can be sidelined and molded to fit white standards.

Black women are beautiful and talented and personally, I cannot wait to see them win.